Mobile Home Stuff Store is a service and installation leader that has been serving the needs of the manufactured housing industry for over 25 years. They have national and state-certified technicians and are the sole distributor of manufacturing housing products.

In the wake of the COVID-19 pandemic, businesses everywhere discovered that attracting new employees was much more challenging than in the past. A simple post on an online job board no longer generated the amount of interest it used to.

Mobile Home Stuff Store had job openings at all four of their locations and wanted to make sure they filled them quickly. They turned to Adventure to help them develop a wide-reaching hiring campaign that would entice qualified applicants. The campaign that was developed included both digital and traditional elements.

For the online audience, we created Facebook job posts. We dialed in the copy and designed unique branded images for each location that featured photos of current employees. It was essential for the posts to be appealing and include all pertinent details job seekers would want to know. The posts were geotargeted and ran for two weeks.

The traditional part of the campaign consisted of a postcard that we designed, printed and mailed. The postcard featured prominent “NOW HIRING!” messaging, job description, benefits, numerous employee photos and a call to action (CTA) to apply. We printed approximately 4,000 postcards and mailed them to residents of mobile home communities surrounding the Mobile Home Stuff Store locations.

The hiring campaign was a tremendous success. It generated not just interest, but interest from the kinds of applicants Mobile Home Stuff Store was hoping to attract. They received a total of 24 applications, with 12 applicants being qualified enough to warrant interviews. Ultimately, MHSS made five hires. With how difficult recruitment had been for all kinds of companies everywhere, the results of this campaign were a great accomplishment!

As an added bonus, Mobile Home Stuff Store personnel noticed a spike in website traffic, phone calls and purchases even though the campaign’s purpose wasn’t to generate sales. It goes to show that simply putting your brand in front of people can make a difference in getting them to reach out. 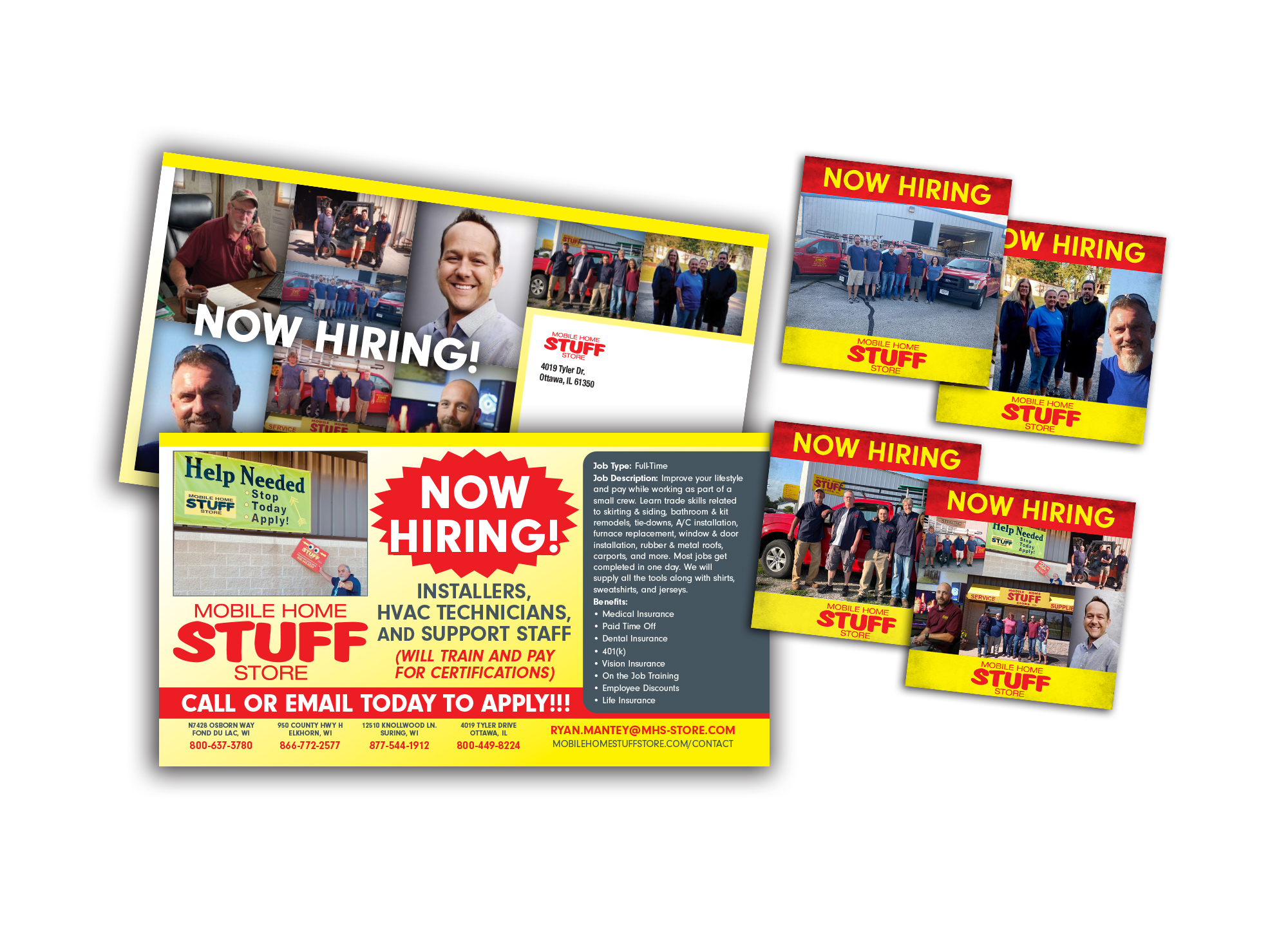 The Only Local Marketing That Matters – Part 3: Website Design & Development

Learn about the key considerations for website design and development, including the characteristics of websites shoppers care about the most and tips to improve the overall quality of your site.

In this article, we look at Google Business Profile. You’ll learn what it is, how to manage it and much more.

The Only Local Marketing That Matters – Part 1: Local SEO

Read this article to learn what local SEO is, why it’s critical to rank on page 1 of Google and what Google services you can rank in. 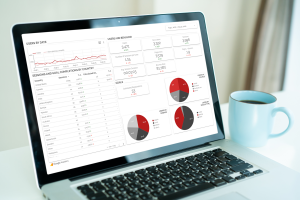 Why Google Data Studio Should Be Your Reporting Hub

Get an overview of Google Data Studio and learn about the key features that make it a reporting hub you’ll love to utilize.

Read More >
Ready For launch?
Adventure’s mission control center is on standby ready to serve you. We provide several complimentary services to give you a preview of what you can expect when you work with us. To get started, select from the options below.

Choose from these complimentary resources

Learn the ROI of your marketing efforts
Learn More

Get 48 Tactics to plug Your Sales Funnel
Learn More

Choose your own
adventure
Learn More

Stay Up To Date On Marketing News & Trends